Let's protect the environment and reduce passive smoking together 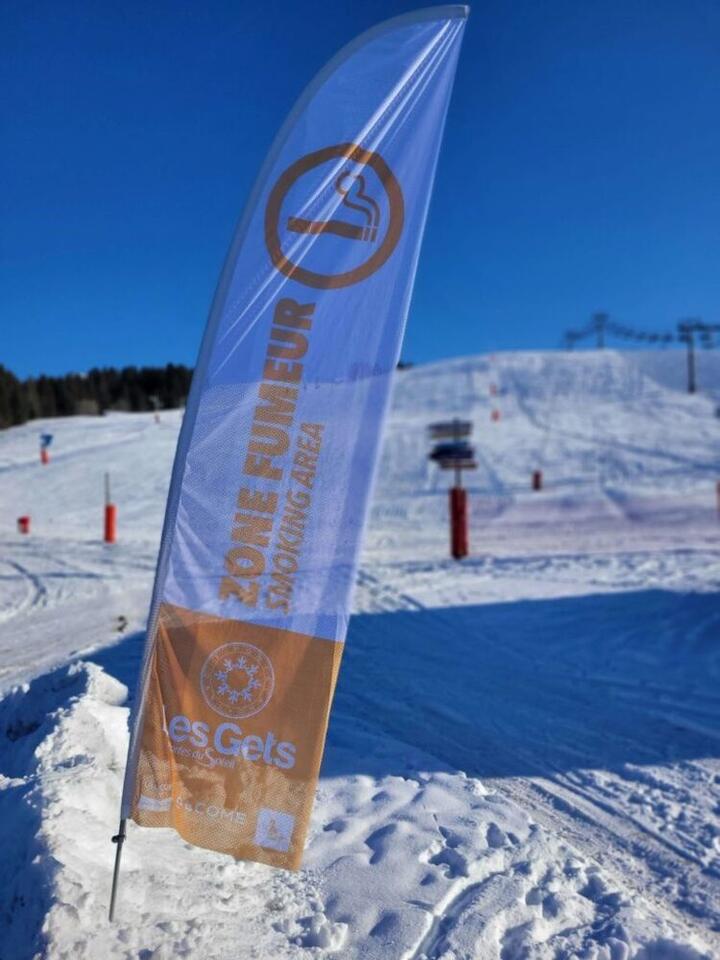 5 smoking areas on the ski area

The ski area of Les Gets is now smoke-free, a first in Europe.

Smoking is now forbidden in the entire municipal ski area, both on the ski lifts and on the slopes, except in five smoking areas set up in the area:

More than 3,000 cigarette butts are collected each year in the Les Gets ski area, with each butt representing 150 toxic substances for the environment, 300 litres of polluted water and 10-15 years of degradation.

The resort had already been distributing free pocket ashtrays for several years, but the desire was to go further in the approach to drastically reduce pollution linked to cigarette butts.

Beyond the environmental aspect, health is also a major concern, as there is still a significant phenomenon of passive smoking on the ski lifts, with skiers smoking in the queues or on the same seat as other non-smokers, sometimes next to children.

Supporters of the project

The Mountain Riders association is supporting the resort in the "Domaine Skiable Sans Tabac" initiative. The Ligue Contre le Cancer via the "Espaces sans Tabac" scheme and Alcome, the eco-organisation for the reduction of cigarette butts in the public space, are also among the supporters.